History of the La Porte-Bayshore Chamber of Commerce

The La Porte Chamber of Commerce was formed in 1922 at a meeting at Dudley’s Café at Sylvan Beach Park. The organization was incorporated and chartered in March, 1923 by E.A. Johnson, H.B. Harrison, and A.T. Seaman.

Dues were $5 per member in the early years. A credit bureau was a part of the organization from 1923 until 1971.

In 1972, the Chamber had its name changed to La Porte-Bayshore Chamber of Commerce in order to include the cities of La Porte, Morgan’s Point, Shoreacres, and Lomax. Lomax no longer exists as a separate city as it was annexed by the City of La Porte in April 1980.

The Chamber bylaws call for a board of directors which consists of 21 members, each elected to a three-year term. There are 7 retiring directors and 7 new directors each year. Officers are elected from the board members and include chairman of the board, chairman of the board-elect, and 5 vice-presidents. In addition, the Mayors of La Porte, Morgan’s Point, and Shoreacres are all ex-officio members of the board, as is the immediate past chairman.

The Chamber employs three professional staff members to serve the membership and the public: president, administrative assistant, and a part-time secretary/receptionist.

Currently, standing committees and various task force groups are divided among 6 teams. The Chamber is fortunate to have a vast body of volunteers dedicated to the success of the many events and activities that they undertake.

The Chamber office is located at 100 W. Main Street and may be reached by phone at (281)471-1123. The website address is www.laportechamber.org.

The La Porte-Bayshore area blends the romantic history of early Texas and old Sylvan Beach with the growing shipping and chemical industries of today. This unlikely combination has produced a charming seaside residential community surrounded by employment opportunities of all types. 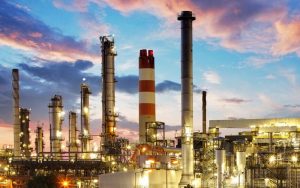 La Porte began as a city in 1892 when real estate speculators from the north advertised the land as being ideal for agriculture such as citrus. The cold winters and black gumbo soil made it unsuitable for many crops, however, and the early settlers decided to build a resort town on the shores of Galveston Bay. Many Houston families built summer homes along the waterfront to take advantage of the cool breezes across the bay. An excursion train brought patrons from Houston to La Porte each day to visit Sylvan Beach Park, the “playground of the South.” Famous orchestras and film stars provided entertainment throughout the summers until 1930. The original depot, which served Sylvan Beach, has been restored and is back in its original location across the street from the park. It is presently a museum housing memorabilia from Sylvan Beach and the railroad, as well as artifacts from La Porte’s early history. 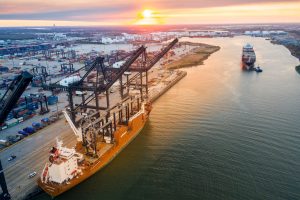 Today, ocean-going ships make their way across Galveston Bay and up the Houston Ship Channel, passing beside huge chemical manufacturing plants. Among the industrial giants lies the San Jacinto Battleground and Monument, the site of that famous 18 minute battle in which General Sam Houston’s ragtag army defeated the Mexican army of Santa Anna, winning Texas its independence from Mexico and opening the pathway for the United States to advance westward to the Pacific. The monument rises 570 feet above the battleground and overlooks the Battleship Texas, the only survivor of the pre-World War I dreadnaughts, and the flagship of the D-Day Invasion of 1944. 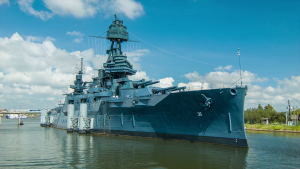 La Porte has flourished during in recent years, and is one of the fastest growing communities in the Houston/Galveston area. New subdivisions are being built in all parts of the city. La Porte boasts state of the art schools as well as municipal parks, a wave pool, a golf course, and a fitness center.